A condensed summary of notes for Bronze Age - Minoan Crete with relevant evidence to each syllabus points and contemporary issues. Minoan Crete is a niche case study for Ancient Societies, but hopefully these notes can be of great to you and your HSC!

The layout for this exam includes a detailed explanation for each syllabus (HOW + WHY) with an abundance of primary evidence as well as historians' quotes to support your arguments :D

These notes are based on the Ancient History Stage 6 Syllabus (2017): SURVEY The historical and geographical context, including:

FOCUS OF STUDY Social structure and political organisation, including:

Religion, death and burial, including:

Cultural and everyday life, including: 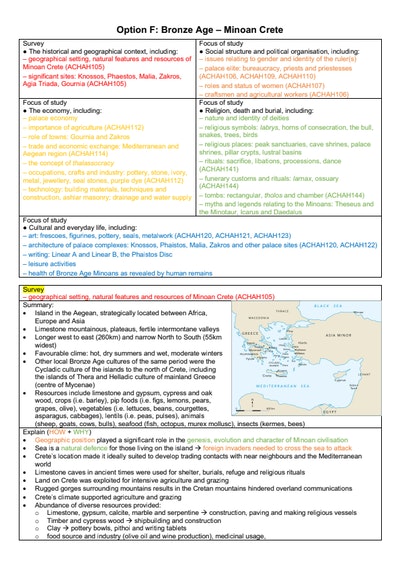